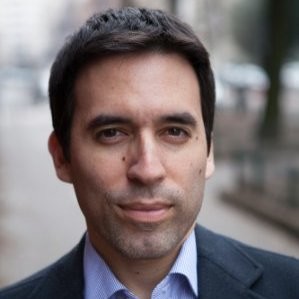 Ivan Carvalho has been based in Italy since 2003. He has extensive experience working as a reporter in print, radio and video, covering topics from business to food & dining. A native of California, he began his journalism career at Wired in San Francisco. He has worked as Milan correspondent for Monocle magazine since 2007, and contributes to a number of international publications, including Icon (Italy), Studio (Italy), NetJets magazine, Global Citizen (Dubai), Plaza Deco (Sweden) and The New York Post as well as inflight media for Swiss Airlines, SAS, TAP and Emirates. He was previously a copy editor for Cartier Art magazine and the English-language version of Italy’s Domus magazine, where he worked with then editor-in-chief Stefano Boeri.

Carvalho is an experienced editor who has worked on custom publishing projects for leading companies in the luxury goods and design industries, including Boffi, Cartier, Corian Design, IWC, Jaeger-LeCoultre, Vacheron Constantin and Van Cleef & Arpels. As a copywriter, he has worked with clients in Italy and abroad to develop advertising campaigns and marketing literature for print and the digital sphere. He holds a Bachelor of Arts degree in political science and a Master’s degree in Journalism from the University of California, Berkeley. He is fluent in English, Italian and Portuguese.